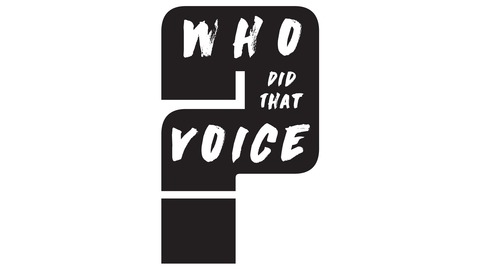 Who Did That Voice- From Trenton Larkin

If you haven’t heard of Trenton’s interview- they’re FASCINATING!

Hello Everyone, I am Trenton Larkin the creator and host of Who Did That Voice. I would like to welcome each and everyone of you to my “About Me” page, my website, and to my podcast. You may ask yourself where did the title Who Did That Voice come from? Well as a kid I found myself asking that question a lot. In fact I even tried my hand at mimicking some of the many voices I heard as a boy. I especially loved trying to mimic the voices that my father did for us kids. This desire was instilled in me by my father as a boy and it grew with me as I became a man. I have always had a passion and a desire to know who  the actors were behind the voices. Maybe you have had a similar moment where you hear a voice on a show but you just can’t pinpoint the actor behind the voice. Together we will take an in-depth look at voiceover and discover just Who Did That Voice.​

Knowing about me starts back on a Wednesday afternoon in Dallas, Texas on  December 11, 1985.

My family has always been a very eclectic, diverse, and unique group of individuals. Growing up my dad and I didn’t do the typical things fathers and sons do such as work on cars or watch sports. We spent our time together listening to music, singing songs from our favorite musicals, acting out skits in our home, and one of my favorite things he does to this day is make funny voices. As far back as I can remember dad would change his voice in a manner that would evoke the richest and purest laughter possible from all of us kids. One day dad surprised me by doing the voice of Marvin the Martian from Looney Tunes. I was only about four years old but it left a huge impact on me to realize that my dad could do a voice from an animated show that I love. It was then for the first time that I realized if my dad could do Marvin the Martians voice then who was the actor, Who Did That Voice?

From a young age both my mom and dad had instilled in me an appetite for the cultural arts. We attended musicals, went to the movie theaters, listened to radio dramas of all varieties, and so much more. When it came to the animated classics I grew up watching mostly Disney, MGM, or Warner Brothers based animations. I was also a huge fan of the Steven Spielberg and Don Bluth productions as well such as: The Land Before Time and An American Tail. The man I grew into as a young adult was all due to my wonderful parents influence, upbringing, and support.

I am now an adult and the passions and dreams I had as a young boy have grown into what you see here today. I created this podcast and this website to give my listeners a more in-depth look into the world of voiceover, to help you discover the actors behind the voices, and to show you real world applications in which voiceovers are used in more than just animations.​