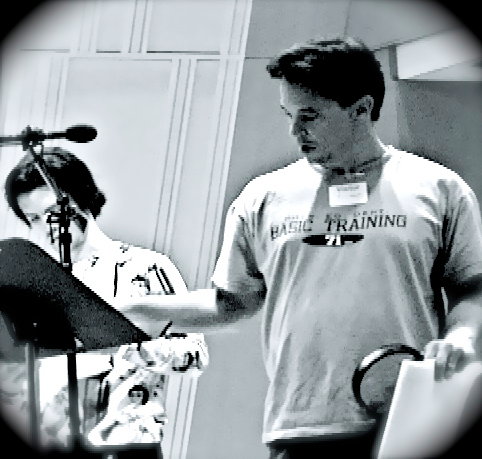 Eric Chase. Who HASN’T been influenced by the man?! Remember hearing his imaging for the first time? And then changing/improving the way YOU produced? He’s timeless and as inspiring as it gets and he was kind enough to send some amazing audio our way to share with all of you. Sit back, listen and be inspired. AGAIN. 🙂

Fun fact: Eric, Nick Daley, BC and I were in EC’s Tampa studio while I was making my way down the country to take the Miami imaging position. It was the first time I’d ever voiced in front of someone. Eric’s wife opened a bottle of Captain Morgan and my entire world changed. In a GOOD way! After Eric directed me on the mic, which was, like, ‘holy s*** ERIC CHASE is directing me’- he stood in the back of the room, casually leaned against the foam wall and said, “I think she could be ‘the bitch in the radio'”. And that’s where I discovered my little niche in the VO world.  -Kelly

WFLA COMPOSITE 1-01 (note from Kelly: the 1st piece on the below composite was actually an outtake from the late, great Nick Michaels doing a session with EC. It’s one of my favorite imaging pieces.)

WFLZ COMPOSITE (2001) (note from Kelly- Have you heard those produced song intros everywhere?? Those producers should thank Eric Chase! Take a listen…)