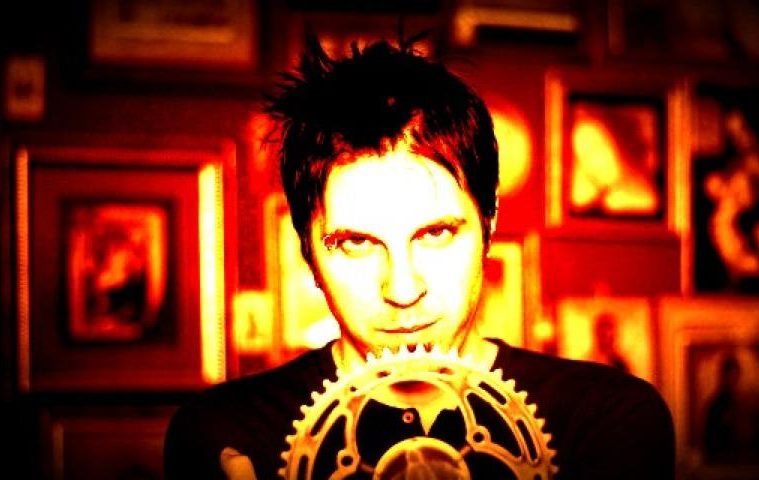 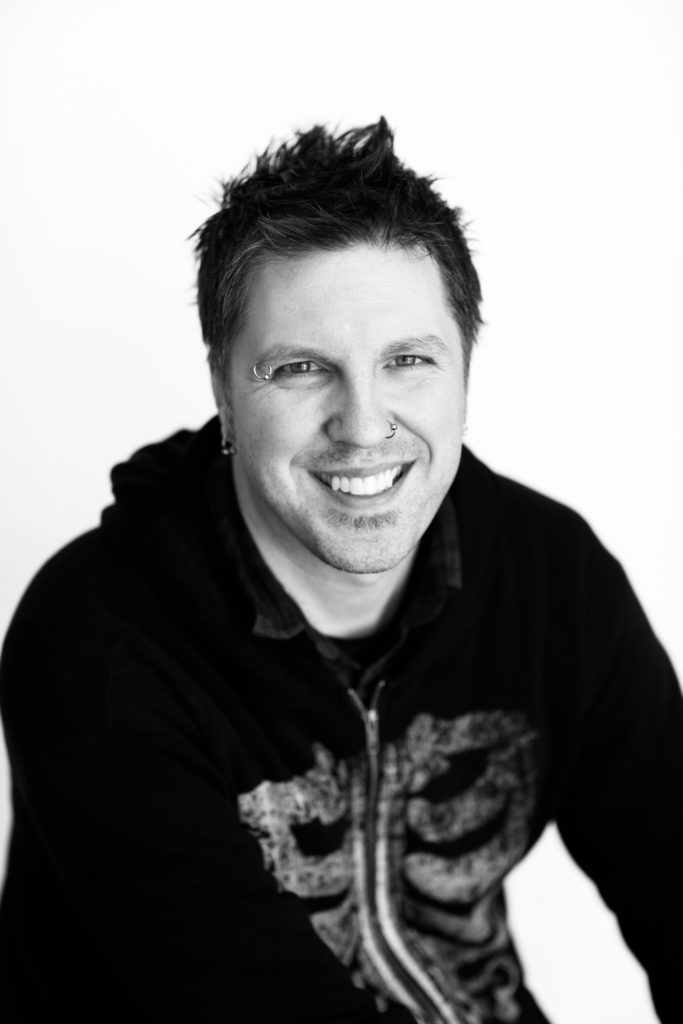 What are your responsibilities?
To have fun creating and writing new produced content in the form of station imaging and promos for KROQ! I also voice radio, tv and film projects across North America as well as host and edit podcasts and shows for broadcast.

Let’s start with a career synopsis.
Got bit by the radio bug early and was an overnight on air DJ at college station CKCU in Ottawa Canada when I was in highschool. I was likely their worst DJ ever, but that didn’t stop me from enjoying it any less though! After high school I tried to apply at an amazing radio broadcast school there. I wasn’t accepted. I focused on playing music with my band and eventually, miraculously, made it in off of the waitlist on a fluke while taking some radio night classes they offered. I screwed it up big time, almost got kicked out in fact and then, I just threw myself into it full on after that wake up call.

I spent every waking moment there, became the station music director at the course- run station and hosted a new music, alternative show. One of the bands I interviewed and loved was a band from Boston called Splashdown. They ended up getting signed to a major label and needed a guitarist / bassist to join the fold for the touring incarnation of the band. They graciously extended me the offer to audition and somehow, I got in! My professors graduated me early so that I could move to Boston and join the band. We started playing shows around the US and Canada eventually touring with Lilith Fair in 99. It was literally a dream. Living in Boston ruled and the band’s manager was good friends with Oedipus, the legendary PD at WBCN and I interned at the station during the bands’ down time. The band ended up leaving the record label and all went back to doing their own things and I moved back up to Canada to crash at my parent’s apartment and tried to get a radio job.

There weren’t any dj jobs that I could get. The only gives that we’re available seemed to be in the production studios. I absolutely hated production studios. I loved LISTENING to production, in fact I fully admit that I “borrowed” a Brian Kelsey demo cassette from an old R.A.P. magazine that was sent to the school that I actually wore out, but I couldn’t ever figure out how to do it. I was and am awful at it. I barely paid attention in my radio production classes at college. It just seemed to go way over my head. I would produce silly songs and weird skits and hand those in instead of doing what was required by the instructors in objection and because I lacked any skill. An a/c station in Ottawa needed someone to cut commercials and somehow they decided to give me the gig. I got bored while making commercials more so out of the fact that I could never figure out how to make them sound as good as the others producers. Out of that confusion, I started rewriting copy, turning scripts into sung jingles and messing around with the creative. My friend who produced there at the time Dan Tucek and I would laugh all night at the resulting stuff and just make funny crap to play for each other just because. PD Julie Adam at CHR station KISS in Toronto heard about the wackiness, I believe directly thru Dan, and she called me and hired me right then and there over the phone to make funny audio for their morning show.

After a few years there and lots of weekend DJ shifts, an alternative station in the company was looking for an imaging producer which was more in line musically with what I was into at the time. Somehow I got that position and moved to Vancouver to work for XFM. I hosted the heavy music show and did on air shifts whenever I could in addition to all the imaging duties. After a year or so, it flipped to smooth jazz and I was kept on to do their imaging and went from hosting the metal show to the late night, “Vancouver Chills” downtempo show. Meanwhile I was sending my production and on air demos to anyone who would listen and aiming high because I had zero to lose. One day the PD of KROCK New York responded and offered me the Imaging Director role there. Woah! The same gig historically held by my hero Brian Kelsey! Howard Stern’s station! I was STOKED. Turns out getting a gig in the US wasn’t an easy thing and New York needed to fill the position immediately. They ended up hiring someone who worked at KROQ LA. So, I end up getting a call from there. They were aware of the situation with New York, but had the time and confidence in getting thru the visa process. They asked me to be available for a phone meeting. I was SO nervous. I waited by the phone at the agreed time. Ten minutes went by…no call. An hour. Three hours. No call. The day after, sad and depressed, I went into the studio and again, with zero to lose, wrote and recorded a ridiculous parody song (audio below!) to Eminem’s Lose Yourself, calling them out on not following thru on the meeting and listing off all the stuff I was going to talk about in the interview. They called and hired me. I still don’t know why.

I’ve been there for 14 years now, have even been fortunate enough to do on air shifts (which feels like borrowing a friends Lamborgheni by the way, without having a license). I also have been doing national imaging with Rogers in Canada for decades as well as voice work across their chain, hosted my own syndicated radio shows and more fun stuff. I work with a number of clients across the US and have been really exploring podcasting with a show I do out of my house with my friends called THE BOO CREW. Its centered around the horror genre and we’ve had guests come over to the house the likes of Danny Elfman to Gerard Way from My Chemical Romance to Oscar winner Diablo Cody, Elvira, actress Juliette Lewis and more. 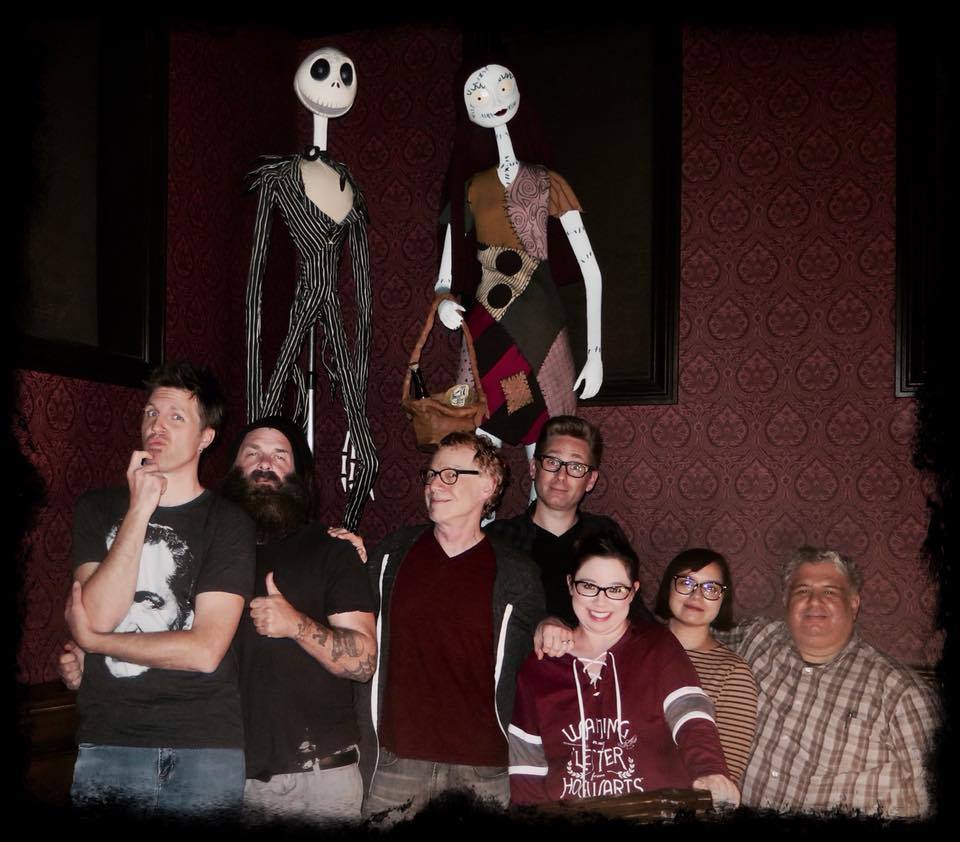 Describe the feeling of hearing your first piece of production on the air.
I mean, there is nothing like it. It feels as special as winning a contest. Not many people get to hear something they were apart of on terrestrial ANYTHING. It’s a really special and poignant feeling and one that I never take for granted. Something so small that starts as such an intimate and personal creative process and experience gets so big.

Was there a moment in your childhood foreshadowing things to come?
I would do stuff like duct tape the talk button down on my Dad’s CB radio to give the truckers radio shows live from my room when I was like, 12. I would use my Casio keyboard for sound effects and live imaging and play cassettes from my stereo. I would constantly be rewriting song lyrics on long car drives with my family and singing them back just to get laughs. That’s become something in particular I still do to this day.

Did anyone ever doubt your creative ability? Was there anyone/anything that knocked you down? How did you get back up?

Not getting accepted into broadcast school, getting the ultimatum of getting kicked out was another big one. I’ve been told “no” way more than anything else. By default, those moments seem to become opportunities. When I get kicked down, one of the things that I find really inspirational is to write at least one email a day that has the power to potentially change your life. Reach out to someone you admire, or want to work for or with. Aim as high as your dreams let you. Eventually if your fire enough bullets in the air, something will end up falling from the sky. The only thing you have to lose is not to try at all and never knowing what could’ve happen. So, fuck it!

What did you learn?
Perseverance tends to outlast everything else. The math checks out! 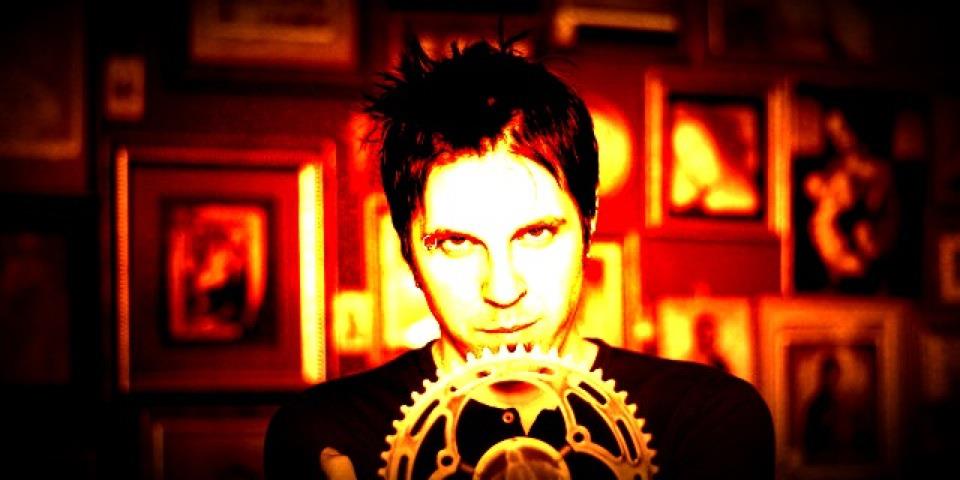 Has there been a moment in your career where you surprised yourself?
Every day! Every project I finish, from one promo to one imaging sweeper, I surprise myself that I actually finished it. Any voice gig I book, I am absolutely shocked. I approach every moment and every day with humility wondering why I am even considered to do this stuff. It’s a complete blank slate every day.

What has been the biggest challenge of your career?
Keeping up with the vocal stamina required by being a network television voice was a bit of a doozy. I had to get laryngeal massage to counteract the swelling from overuse until I finally signed up for a singing class with a voice coach to give me a good warmup regimen. Other than that, every day is a challenge, and super exciting! I wouldn’t have it any other way.

Tell me more about Trevor.

I love having lots of different projects and types of projects going on at once to keep things fresh. The ability to jump from one to another over the course of a week ensures things don’t ever get stale or repetitive.

The 10 million-dollar question: How do you get yourself out of a creative block/rut?
By surrounding myself with dreamers and creators. By going to places like Disneyland or visiting Warner Brothers studio lot and just absorbing the magic of creativity on a level that is outside the medium of radio. By watching movies, by spending time with my family, by shutting down the studio and going out to eat.

Tell me about people you lean on to support you on the creativity challenged days.

I am so fortunate to have an amazing wife who’s my best friend. We’ve got four incredible kids and a dog. We are always all there for each other. We also have created an environment at home that fosters the spirit of imagination. It is littered with life-size, fantastical creations, art, film props, pinball machines and antiques. We all get so much inspiration and energy from being around that stuff. The studio itself is hidden thru secret passageways and looks like something out of Victorian-era England. Something’s obviously not right with me.

What’s next for you creatively?
I just want to be able to keep creating! Its such an exciting time as broadcast entertainment is evolving and all rules are going out the window. Its really exhilarating!

How do you inspire a creative team?

In my experience, the best management for creatives incorporates trust and confidence in their abilities. Set the parameters for what you are looking for, and encourage their minds to go. Establish a safe space for any idea to be heard and tried. Always be kind.

Close the book of life and open it 10 years later- where are you?
Hopefully healthy with my family, making and sharing cool stuff!