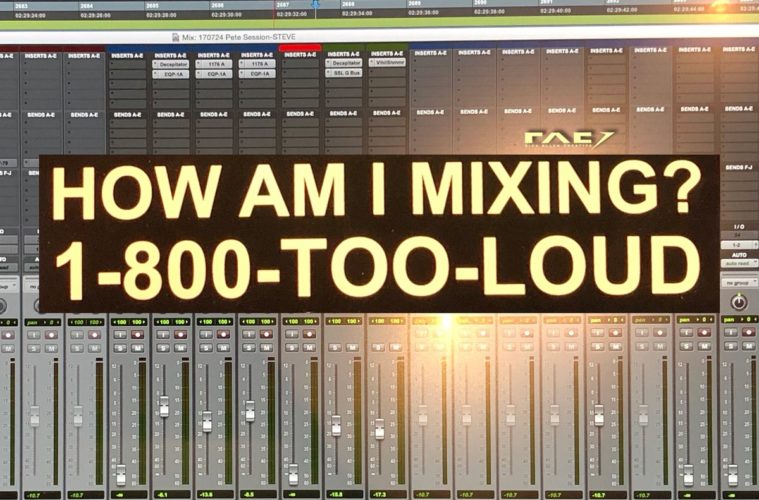 How loud should you be monitoring to get the best mix?  For years I would end up on a Friday night mixing promos with the volume cranked up to 10.  Once I started hanging out with professional recording engineers, I found out when it comes to levels less is more. We hear each frequency differently at various volume levels, so monitor volume matters when you mix.  Monitoring between 75 dB and 85 dB is the sweet spot.  It has become the recording engineer’s adopted standard.  85 dB seems to give you the flattest hearing curve in a larger control room. It’s because of the equal loudness contours of the human ear – the way the brain interprets what the ear sends it.   While 85dB is the mixing level suggested for larger control rooms, when mixing in a smaller room stay closer to 75dB.

How do you go about setting your monitor level to hit this mixing level sweet spot?  The process is a bit technical but if you know your way around ProTools or Audition you’ll be fine.  First, you’ll need a SPL meter (sound pressure meter).   If you don’t already have one, there are several smart-phone apps out there for under $5 that will do the job (search “sound pressure meter” in the app store). 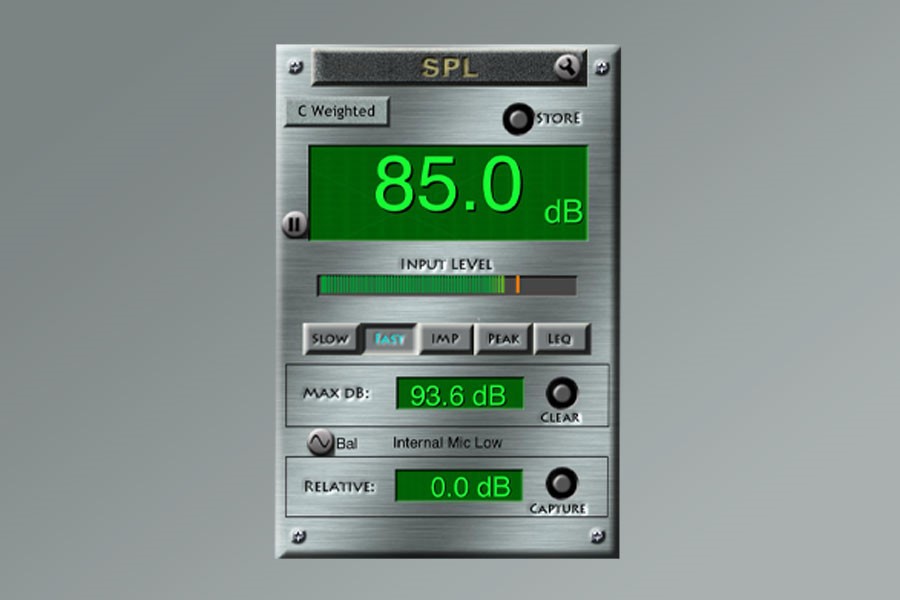 If your SPL meter gives you a choice of frequency weightings (A weighting, C weighting, or Z weighting) set the meter to “C weighted.”  Next bring up some pink noise on a fader.  Most workstations have a signal generator plug-in that can create a noise signal. Make sure to set it to generate pink noise.  Pink noise is technically equal sound energy per OCTAVE.  It sounds a lot beefier than white noise which is equal energy across ALL frequencies. Be sure to bypass any processing that you might have anywhere along your audio chain between the plug-in and your monitors (No compression or limiting).  Raise the pink noise level until your DAW’s meter reaches the 0db mark on the master output meter.  Next, pan the pink noise to send it out to just one of your speakers – left or right, it doesn’t matter.

Now holding the SPL meter at the listening position in the room (that point in the room where your ears are when you’re actually mixing), turn up your monitors until the SPL meter reads 75 or 85dB depending on your room size.  Make a mark right at that setting on the monitor control knob.  Now you have an idea of a good listening level for mixing down your production.

Another benefit to having this “reference dB” mark on your monitor knob is, after you’re mixing for a while, if you glance over and find you’re starting to push your level past that mark, it’s time to take a break and give your ears a rest.

With your monitor volume at the proper level, your ears will be hearing a flat mix… letting your production playback over the air just like you want it to sound.

Rick Allen is an award-winning audio producer whose history in radio imaging is legendary.  He is also an instructor at the Conservatory of Recording Arts & Sciences. Rick is one of the good guys who is happy to pass on his experience and knowledge to others who are also passionate about production.  Feel free to reach out to him at www.RickAllenCreative.com or rick@rickallencreative.com