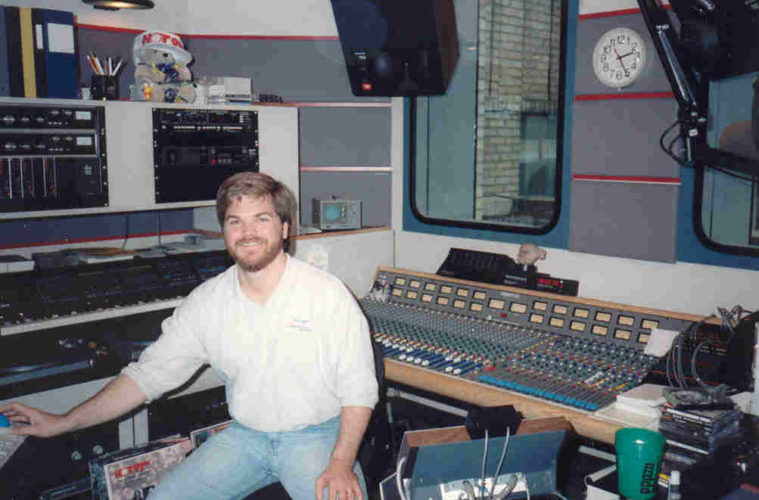 Rick Allen is on my short list of radio imaging visionaries. He was imaging HOT 97 in New York in the 80’s and 90’s and was one of the very first to offer an imaging library (Continuous Climax) for barter back in the 90’s. At that time over 1500 stations worldwide used his service. I used it at KDWB. And over the years, Rick and I have become great friends.

During his long legacy in this business, Rick has continued to push the boundaries and invent new and fresh production techniques. These days, in addition to radio imaging, he designs sounds for clients like Disney, Sony Pictures, HBO, CBS, American Express, Cartoon Network, Nike, Starz Network, The United Nations, MasterCard, Hewlett Packard, Target, LogiTech and Coca-Cola. That’s what he’s producing now, but what did his “cutting-edge” production sound like almost 30 years ago?

Rick laughed when I asked him to share some of his old HOT 97 imaging. He said, “It’s fun but also so embarrassing when I listen to some of my older imaging.  I swear, it really WAS cutting-edge back in the day. Really. (laughs) Because so many people liked what they heard and copied it, a lot of the techniques became extremely overused. Please don’t hate me for that.  But back then it really did get the listener’s attention and deliver the message. Believe it or not, it sounded different from everything else on the air. As you listen you need to remember we were producing with razor blades, analog tape and with hardware samplers that barely held 5 seconds of audio. We were flying by the seat of our pants.”

Step back in time and listen to imaging produced in the days of cart machines and turntables! LOL!