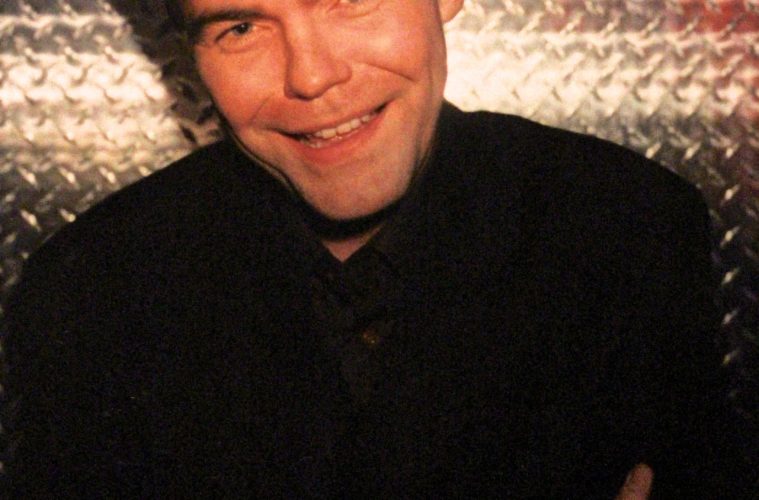 Meet Mitch Johnson. Every time I think about him or talk about him, I laugh. He’s so down-to-Earth and funny. And his voiceover work is just as incredible as his history in the radio biz. I call him ‘Uncle Mitchy’.

I HIGHLY recommend taking a minute to read about the adventures of Uncle Mitchy:

“Radio’s always been in my blood – I love music and I love it. I was so keen that, as soon as I left school, I set up a pirate radio station called ‘Radio Shoestring’ (‘cos we had no money). We were clever though – we built a studio in an old carpet factory and microwaved the signal to a council tower block and hid an FM transmitter up there – this was very advanced for the 1980’s – We blasted all over London – till something blew up, we had a massive fire and the carpet factory burnt down – Hot Rockin.
I set up a shopping centre radio station next with Paul McKenna – he’d just discovered hypnotism and practiced on me between the records – I had to do a live read for a grocery store one day and the crafty sod clicked his fingers and got me to talk about potatoes for 20 minutes solid.

“We blasted all over London – till something blew up, we had a massive fire and the carpet factory burnt down –Hot Rockin.”

Then I helped set up the The Virgin Megastore instore radio for Richard Branson. Best station in the world – we could play ANYTHING from the entire store. After that I ended up being a DJ on London’s Capital Radio and hosting a pop show on The BBC World service – 300 million listeners can’t be wrong! Working at the World Service inspired me to go see all those places we were broadcasting to (everywhere). So I sold my CDs, bought a rucksack and went off exploring India, Nepal and Thailand for 2 years climbing mountains and making memories. I ended up in Hong Kong for with no money and got a show on British Forces Broadcasting which was tremendous fun (last days of Empire!). The British Army had nothing to do so they listened to the radio all day and, for fun, let me play in their helicopters. When Virgin Radio UK launched, Branson’s old team got in touch and flew me back to the UK to launch it – I did the lunchtime show for a few years.

“…he’d just discovered hypnotism… the crafty sod clicked his fingers and got me to talk about potatoes for 20 minutes solid.”

Then I moved into TV and really started being a voice instead of a jock. I worked a lot on BBC1 hosting live Saturday morning kids shows, The Lottery, Saturday night game shows and voicing all the trailers.
My best gig was voicing Live8 in Hyde Park working with Bob Geldof and a million rock stars– the BBC said we’re broadcasting to the world with no real plan and we expect it to all go wrong so we want you to sit on the stage and hold it all together.
Being a good voice is all about listening and taking direction – and knowing when to improve it, ad lib, have fun or just shut up. Live stuff is thrilling – if you can be calm and authoritative when there’s chaos all around and the directors screaming in your cans, you’ll do well. Panic is contagious so be cool, sound in charge and don’t let anyone else panicking frighten you.
I’ve had a few hairy moments – your cue feed going down 30” before you’re going live, accidentally saying a rude word when 10 million people are watching. Oh, and on a stage full of your ‘Elton Johns’ and ‘Madonnas’, pushing some boring guy in a jumper out the way when he was wandering round aimlessly and I needed to get to my mic for a cue… Er, sorry Bill Gates!”

LOL I told you! Check out Mitch’s voicework here, where you can also reach out and say hello. 🙂